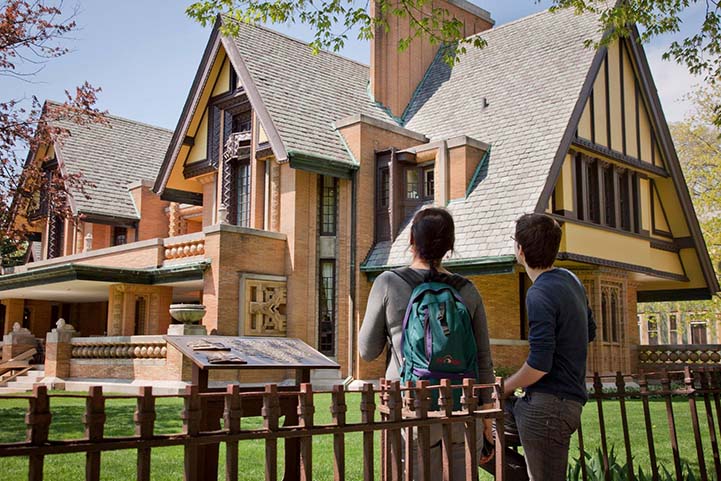 Oak Park is home to the world’s greatest collection of buildings designed by Frank Lloyd Wright. Wright began his career in this idyllic village of stately Victorian homes and ignited a revolution that would shape the course of Modern Architecture in the 20th Century.

Led by an expert guide, this outdoor walking tour explores the neighborhood around Wright’s Home and Studio, where the architect pioneered the first uniquely American form of architecture, the Prairie style. Wright buildings featured on the tour include the Frank Lloyd Wright Home and Studio (1889-1909), Nathan Moore (1895), Arthur Heurtley (1902), and Laura Gale (1909) houses, and more.

Tour begins at the Frank Lloyd Wright Home and Studio and operates rain or shine.

Tours Saturdays and Sundays from July through November